Improving Your Emotional Intelligence At Work: The Shortcut To Success

Improving Your Emotional Intelligence At Work: The Shortcut To Success

When emotional intelligence first burst into the public consciousness back in 1995, it provided a fascinating explanation to a problem that had long stumped experts: people with normal IQs outperform those with the highest IQs 70% of the time. Previously, it had been assumed that the most accurate predictor of career success was intelligence. However, decades of research have since shown it to be a combination of three factors: who you are (your personality), what you know (your IQ), and how you handle yourself and the people around you (your emotional intelligence). It’s been proven that people who scored poorly on job performance were able to match their colleagues who excelled – solely by focusing on their EQ. Take a moment to consider your own workplace: you probably have colleagues who, by objective standards, underperform in their position, but face no consequences because of their top-notch people skills. Similarly, you likely have a colleague who’s brilliant at their job, but whose progression has stalled because of lukewarm interpersonal skills. In both examples, the importance of emotional intelligence is obvious.

What is emotional intelligence?

Emotional intelligence, sometimes referred to as EQ, is the ability to understand and empathise with others, defuse conflict, and overcome challenges. It’s knowing how to detect and evaluate emotions in others, and respond appropriately. You might even say it’s the science of emotion.

Self-awareness: From a young age, we teach children how to recognise the emotions they’re feeling so they’re less overwhelming. This skill is just as vital for adults; when we’re aware of whether we’re angry, sad, or simply bored, we’re much better able to self-regulate, and less prone to allowing our emotions to affect our thoughts and behaviour.

Self-management: People with good self-management are less likely to be impulsive, make rash decisions, or suffer from knee-jerk reactions. They’re able to manage their behaviours in healthy ways, follow through on commitments, and adapt well to changing circumstances.

Social awareness: People who are more socially aware typically have greater empathy, and are better able to understand the needs and concerns of others. They’re adept at picking up on emotional cues, are generally comfortable in social situations, and are attuned to the social dynamics of various situations.

Relationship management: Developing and maintaining good relationships is vital in just about every circumstance. People who are skilled at this are often good communicators, can influence and inspire others, work well in a team, and can skilfully deal with conflict when it arises. 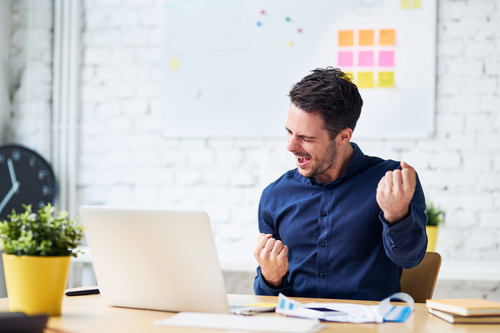 It’s not difficult to see why every factor mentioned above is far more important in the workplace than simply being able to retain information. We all value our colleagues who are authentic, genuine, and aren’t afraid to hold themselves accountable. This is even more true of people in senior positions; according to recent research, humility, civility and sensitivity are amongst the most valued leadership traits. Although EQ alone isn’t a direct predictor of performance at work, it does provide the foundation for the soft skills that are. For instance, the ability to identify other people’s emotions and empathise with them boosts the ability to influence. People who remain aware of their own emotions and manage them accordingly will find it much easier to perform under pressure, and manage their time sensibly.

The benefits of emotional intelligence are scientifically proven. In the 1950s, 80 Ph.D. students in science completed personality tests, IQ tests and interviews. The students were contacted again 40 years later and rated on success by reviewing their CVs, feedback from their colleagues and other sources. Social and emotional competence was four times more important a factor than IQ in their professional success.

Luckily, we can boost our emotional intelligence with time, practise and effort. Major corporations, government institutions and universities are well aware of this, and often invest heavily in boosting the emotional intelligence of their employees. It should come as no surprise that EQ training also forms a significant part of almost all leadership programmes. If you’re worried you might be suffering from low emotional intelligence, don’t panic – although there are no quick fixes, there are some steps you can take to boost it.

Be authentic. In the words of Oscar Wilde, be yourself, because everyone else is already taken. Being authentic doesn’t mean telling people your every secret. Rather, it means speaking your opinions in an honest and respectful way, making sure your decisions align with your beliefs and values, allowing yourself to be vulnerable, and setting healthy boundaries. It means showing up, vulnerabilities and all, and never pretending to be something you’re not. For example, an authentic manager, when shown a new skill by an intern, wouldn’t put up any pretence that it was something they already knew – they’d embrace the opportunity to learn something new, and make sure the intern knew their contribution was valued and appreciated.

Respond, don’t react. What’s the difference? A reaction is a subconscious, emotional decision often made without consideration of the consequences. A response is the conscious effort to take a step back, view a situation objectively, and consider the available solutions. As an example, let’s say you’ve been working really hard for weeks on a presentation you’re going to be delivering with a colleague. The big day rolls around, and your presentation partner totally clams up, forgets their lines, and wrecks the entire thing. A reaction would be to tell him you’re never working on anything with him again, because he clearly can’t be trusted. A response would be to recognise that there’s no way your colleague would have wanted that to happen, that there’s nothing that can be done about it now, and getting angry will only damage your future working relationship. How can this difficult skill be learned? You might be sick of hearing about it by now, but the answer lies in Mindfulness: watching ourselves for an emotional reaction, and mastering the art of pausing before any further action is taken. Then, considering what the most intelligent and compassionate response might be. If you’re after a shortcut, try this instead: think of someone you truly admire. Before you respond to any difficult situation, ask yourself how they’d handle it… and then do that instead.

Take (and ask for) criticism. If there’s one thing that unites all humans, it’s that we all hate hearing criticism of ourselves. It’s even worse when that criticism comes from someone we highly respect, or even someone we’re meant to lead – and worse still when we know they’re right! Handling criticism is a skill and, like any skill, it can be mastered with practise. Here’s what to do: the next time you’re faced with justified criticism, de-personalise the message. When your manager comments, “This strategy needs a bit of tweaking before it’s ready for rollout”, you might hear, “The whole strategy is terrible, and I’m disappointed in you.” Next time, make a conscious effort to focus on what’s actually being said, rather than inventing unintended subtext that amounts to a personal insult. Furthermore, as difficult as it may seem, try to reframe well-meaning criticism as a gift, because that’s exactly what it is. When it’s constructive and comes from a good place, it can help us to learn, grow, and reach our long-term goals. The fact that your manager is offering you occasional criticism is actually a great thing – it means they’re invested in your career, want you to improve, and are thinking of your future. 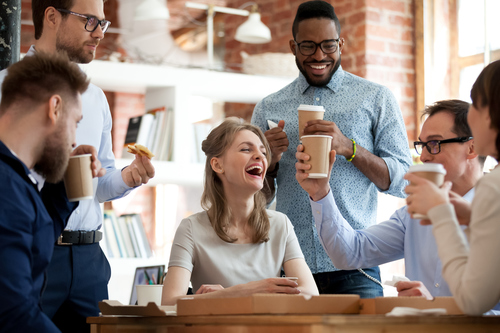 Listen. Other people want to be seen, heard and noticed, and practising active listening when people talk about themselves is actually proven to make you a more likeable person. There are actually different levels of listening, ranging from simply waiting for a pause in someone else’s speech so you can begin talking, all the way to empathetic listening, in which you confirm your understanding of what the other person has said, and build on it. This is what people with a high degree of emotional intelligence have mastered. They understand how great it feels to be truly heard, and are only too happy to give that gift to others in the name of relationship building. Bear in mind this doesn’t mean you need to keep quiet and let other people monopolise the conversation – it’s important to make sure your voice is also heard, but also to understand what’s being said before responding. Additionally, pay attention to the non-verbal details of a conversation. This will help you to pick up on subtle clues about how the other person is feeling and the context in which your conversation is taking place. Maybe they’re uncomfortable, maybe they’re in a rush, perhaps they’re distracted by something. Master the skill of active listening, and you’re halfway there.

It’s easy to see why experts have dubbed emotional intelligence the ‘shortcut to success’. Once your skills are sharpened, it can facilitate fast decision making, boost your self-confidence, and influence a high-performance culture. It can even help you shake imposter syndrome! As your train your brain by continually practising new emotionally intelligent behaviours, it will react by creating the neural pathways required to turn them into habits. At the same time, the connections supporting old, unhealthy behaviours will fall away. If you persist, you will succeed.

Put your emotional intelligence to good use in a job you’ll love. We’ve hundreds of positions available in industries such as accountancy, human resources, marketing and digital, IT, and many more. Alternatively, you can search all our positions here, or register with us.

Looking for extra resources to help you stay happy and motivated at work? Check out the rest of our wellbeing content here.