Let’s begin by clearing up one huge misconception: toxic masculinity does not mean that masculinity is toxic, nor that there is something inherently ‘wrong’ with men. Rather, it refers to the toxic culture of masculinity – it’s the dark side that is unfortunately still glorified and celebrated in business, media, and politics. It means feeling unable to express emotion. It means maintaining a tough appearance at all costs. It means using strength and physical dominance as an indicator of power. It means aggressive heterosexuality, often to the point of objectifying and belittling women. Criticising this rigid set of traits is not an attack on anyone, rather, it’s drawing attention to the harmful effects of conforming to a masculine ideal that has no place in today’s society. Furthermore, toxic masculinity actively harms men; for instance, extreme self-reliance makes men far less likely to seek help for mental and physical health issues.

Although toxic masculinity seeps into all areas of life, its presence in the workplace can be particularly troublesome: it encourages the idea that outspoken men are confident and assertive, and outspoken women are aggressive. It’s on display when men talk over women in meetings, disregard their ideas, and navigate the workplace like a combat zone that needs to be conquered. Furthermore, psychologists have concluded that it’s not only women who bear the brunt of such microaggressions; racial and ethnic minority groups, as well as the LGBTQ+ community, are also disproportionately affected. So, let’s take a look at some of the subtle (and not so subtle) ways toxic masculinity can rear its ugly head in the workplace, along with how we might begin to tackle it.

The ability to navigate situations using your own knowledge, resources and abilities, is of course a positive characteristic. Most of us, however, recognise that when we’re out of our depth, it’s time to ask for help. Toxic masculinity, on the other hand, encourages the idea of extreme self-reliance, to the point that some men feel compelled to do everything alone, and the very idea of asking for support is emasculating. Think about that project your male co-worker doesn’t quite have the right skillset for but refuses to accept help that would save hours of struggling, or one who’d rather a presentation be flawed and be able to take all the credit, than ask for input and share it. This tendency can seriously harm relationships amongst colleagues, prevent projects being completed correctly and on time, and ultimately stop progression in its tracks. 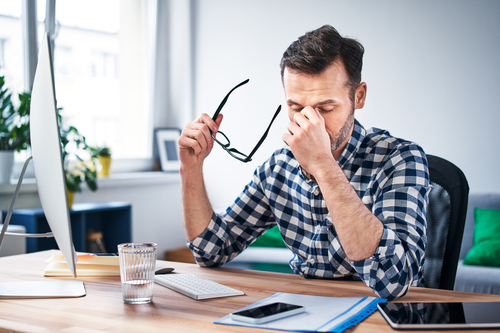 This characteristic can make an appearance in numerous ways. It might be that a male employee is being managed by a woman, and he can’t help but undermine her authority. It might be that he constantly attempts to ‘one-up’ anything his co-workers have achieved, or constantly brags about his wealth, partner, or physical prowess. You may well find him boasting to his colleagues in the kitchen on Monday morning about his ‘conquests’ over the weekend, and he’s also the type to make hurtful ‘jokes’ about other people’s looks or sexuality. Of course, when a person in a team behaves like this, it impacts their ability to form genuine relationships with their colleagues that are built on trust and mutual respect.

These guys will take the opportunity to make anything sexual, no matter how innocuous. If a female employee complains she’s hot, she’ll be ‘jokingly’ told to ‘take a few layers off’. They’ll go into detail about their own sex life, and ask personal questions which make their colleagues highly uncomfortable. If anyone raises any objections to this behaviour, they’ll always be met with the same response - ‘It’s just a joke!’ It can cause particular issues if power dynamics are at play; a boss making constant inappropriate remarks towards the women in his team very often goes unreported, as no one wants to be the one to ‘make a fuss’, or jeopardise their career progression. Toxic masculinity in this guise can often become entrenched in workplace culture, dressed up as ‘banter’. In reality though, this behaviour disrespects and embarrasses women in a place they should feel safe and comfortable.

Competition within the workplace can be a great thing, and can be used as an effective driver of productivity. However, it can (and should) be friendly and harmless - the office isn’t Game of Thrones. Ultra-competitiveness as expressed through the lens of toxic masculinity has been termed ‘masculinity contest culture’, and will manifest in bragging about working unreasonably long hours, taking on extreme workloads, and taking unnecessary risks. It also creates a ‘dog-eat-dog’ environment, where the ‘winners’ dominate and humiliate the ‘losers’. In the short-term, such a culture may be profitable, but in the long-term, it will have a truly dire impact on productivity, creativity, innovation and employee wellbeing. Such behaviours are especially common in male-dominated industries such as law, finance, and tech. Women in these industries will often find themselves playing the same game, and the few who succeed will likely do so by emulating this behaviour. However, they will have to work much harder to prove themselves, as well as face a backlash for displaying dominant behaviours.

What Should Businesses Be Doing About Toxic Masculinity?

Tackling toxic masculinity can be difficult, so it’s important that everyone - including management - is prepared for serious introspection, and committed to a long-term culture shift. Companies are often hesitant to address the phenomenon because some of its features – such as masculinity contest culture – are seen as beneficial. Another huge barrier is the #NotAllMen phenomenon, in which men resist attempts to deal with rooted misogyny and sexism because they don’t believe themselves to be personally culpable.

The following tips certainly aren’t a cure-all, but they are a good starting point for companies looking to detoxify their culture. 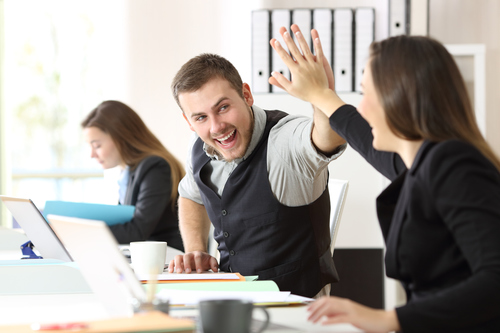 Tackling toxic masculinity in the workplace isn’t simply a matter of making everyone more comfortable, or being politically correct – it’s about addressing an issue which can, and too often does, become much more serious than thoughtless comments and showing off. It’s a culture that promotes such rigid ideals that when men can’t live up to them, it can create what psychologists call ‘a crisis of masculinity’; feelings of intense inadequacy which, in some cases, can result in rage which escalates to sexual assault and murder. The deaths of Sarah Everard and Sabina Nessa were an all-too-familiar reminder of this. Sarah’s murderer, Wayne Couzens, was well known for making his female co-workers feel uncomfortable, yet his behaviour went uncorrected and unreported, shrugged off as ‘banter’. Had this behaviour been taken seriously and dealt with appropriately, he would have been stripped of the uniform which enabled him to lure Sarah to her death. So no - not all men are culpable. No, not all risqué banter has consequences. But ultimately, if we want to create a world in which women feel safe and valued, toxic masculinity is everyone’s problem, and everyone’s responsibility.

Find your culture fit. We’ve thousands of positions available in industries such as accountancy, human resources, marketing and digital, IT, and many more. Alternatively, you can search all our positions here, or register with us.