What To Do If You Hate Your New Job

What To Do If You Hate Your New Job

It’s a scenario that’s more common than you’d think. You spend ages applying for roles, weeks selling yourself in interviews, and finally, you land a role that seems perfect. But then, a few weeks in, you realise your new job isn’t quite what you thought it would be, and you start to wonder if you’ve made a terrible mistake. According to a recent survey, 72% of millennial and Gen Z jobseekers say they’ve experienced this so-called ‘shift shock’ – the realisation that a new position or company is very different from the dream you were sold. As our legal divisional director Jan Colligan says, “Once you get to peak under the bonnet of that shiny new Ferrari, you might find yourself staring at an Escort engine. It's a far from an ideal scenario, but it can happen to even the most prepared and diligent candidates, and is no reflection of a person’s capability or potential.” In this blog post, Jan talks us through what to do if you find yourself in this predicament.

“I find the primary concern of candidates is how moving on quickly will look on their CV”, says Jan. “They’re worried it may throw up questions regarding their decision making, resilience or motivation, or look as though they’re deliberately job hopping – and that this will impact their future employment prospects. Five years ago, the best advice would have been to ride it out to make it to two years. However, for better or worse, those days are gone.”

Indeed, although statistics indicate the average amount of time UK workers stay in one position is five years, this is heavily skewed by more traditional professions such as teaching and nursing. In contrast, within the tech industry, switching roles every year or so is commonplace. As Jan points out, “The last couple of years have dramatically changed traditional views on CVs, career history and tenure. The right hiring managers and recruiters understand that and a short stint or two can only help crystallise your thoughts and give you a renewed sense of purpose at work. In short, leaving a role after a short time is no longer the taboo it once was.”

Although making a swift exit may not be the career-stalling move that many fear, that’s not to say it’s a decision that should be taken lightly, and there are a few factors you should consider, says Jan: “The danger of making a premature exit before you’ve given a new role a chance is that you’ll find yourself in the same position all over again. So, there’s definitely a few factors you should consider before making a decision.”

Are your problems just teething troubles?

“When you take on a new role, everything is bound to feel daunting and unfamiliar,” explains Jan. “While you’re adjusting to new colleagues, you can find yourself missing your old ones, and wondering if you’ll be able to form new friendships. Adjusting to a new culture can also be a huge shock to the system, along with an unfamiliar working schedule or practices. If these are any of the issues causing your unhappiness, it’s probably best to give yourself a few months to adjust, and then reassess once you’re past the settling in period.”

Have you discovered the root of your unhappiness?

Perhaps you’re just not feeling your new role, but you’re not exactly sure why. If that’s the case, it might be time to think outside the box, says Jan: “Chances are, you moved from your old role because you weren’t happy, and now you’re also not happy in your new position – that means it’s time to do a deep dive into what’s really going on. Sure, it could be that your new company’s just a bad fit, but your troubles could be a sign that the roles you’re pursuing aren’t right for you. For example, I’ve worked with a few junior lawyers who just weren’t content in any position they found themselves in and thought they just hadn’t found the right firm, only to later realise that they should have been pursuing an in-house career all along. So, it could be that you need to make some changes in order to find career happiness, and that’s totally okay. At that point, it’s a great idea to chat with a mentor within your industry, or a recruiter you trust.”

Many people decide to switch roles for an increase in salary, only to find out that there are aspects of working life they value more than money, explains Jan: “We’ve seen salaries inflate quite significantly this year, which has been a reflection of a candidate-short market. This has caused some candidates to think they’d be mad not to make a move and boost their pay packet, even if there were aspects of their previous role they really valued. Some of these workers are now finding they’ve more money, but less career satisfaction. In these circumstances, it’s time to really analyse what’s going to make you happy in the long run; is it colleagues you get along with? Flexible hours that allow you to spend more time with family? A supportive working culture that lets you be yourself? By doing some analysis, you can avoid making the same mistake in the future, and be more focused on finding a role that ticks all the right boxes next time.” 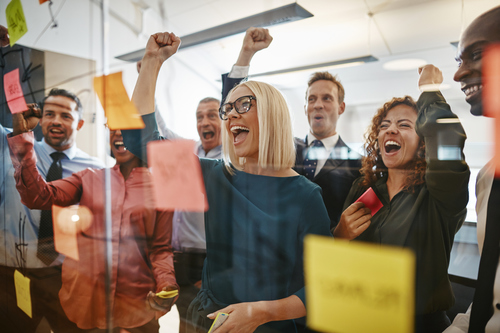 Have you had an honest conversation with your new employer?

Your new workplace can’t do anything to improve your situation if they don’t realise you’re not happy, and a candid chat could work wonders to improve the situation, explains Jan, “Hiring new employees involves a great deal of time and expense for an organisation, which means that as a new hire, you have leverage. Arrange a time to speak with your manager, and explain how you’re feeling and why. Chances are, they’ll do what they can to help, and if they don’t, it’ll make the decision to leave that much easier.”

Do you know your next move?

Leaving your new position without a firm plan is obviously a bold move, says Jan. “It could be that you need to start looking for new positions and lining up interviews, or maybe you’ll decide to take a career break to properly plan your next move – either way, it pays to have a plan. Using friends and family as a sounding board and speaking with a recruiter that has in-depth knowledge about your industry can be great ways to help figure out a move that aligns with your long-term career strategy.”

Ultimately, says Jan, as long as you’ve taken the time to really assess the situation and have done what you can to improve it, there’s absolutely no shame in deciding to move on. “Making a wrong turn in your career is something that can happen to anyone, and having the courage to do something about the situation shows humility, sensible career management, and a willingness to take control of your own destiny. The grass isn’t always greener on the other side, and if you’ve found that out the hard way, it’s either time to get the watering can out, or move on to pastures new.”

Looking to level up in your career? You’re in the right place. We’ve hundreds of positions available in industries such as legal, accountancy, human resources, marketing and digital, IT, and many more. Alternatively, you can search all our positions here, or register with us.