Beauty Bias In The Workplace: Does It Exist, And What Does It Mean For The Rest Of Us?

Beauty Bias In The Workplace: Does It Exist, And What Does It Mean For The Rest Of Us?

It probably comes as no surprise that attractive people experience a fair few advantages in life. They’re often viewed as more trustworthy and honest, experience greater levels of confidence, and – naturally - tend to have little trouble finding romantic partners. What you might not realise, however, is that these advantages also transfer to the working world – a phenomenon psychologists call the ‘beauty premium’.

While we’re used to discussing the role that biases such as race and gender play within our professional lives, having the same conversation about attractiveness is somehow far more uncomfortable. None of us want to believe we’re shallow enough to let such superficial characteristics influence our decision-making, or that we’re being judged in such an unfair way by others. The good news, however, is that the relationship between career success and good looks is more complex than it appears – and anyone can tap into the ‘beauty premium’ with practise.

Attractiveness And Success: What Does The Science Say?

In the US in particular, a great deal of research has been conducted on the relationship between appearance and professional success. In the 1990s, an economist from the University of Texas asked study participants to rate the attractiveness of people based on a series of photographs. He then compared these rankings with the salary figures of test subjects, and found that the individuals considered least attractive earned on average 10% less. In a longer-term study, researchers examined the careers of 752 economists, all of whom graduated from leading doctoral programmes during the 2000s. The results revealed a close relationship between the physical attractiveness of each individual and the success they experienced in their careers – and the correlation was particularly strong for women. Similarly, other studies have shown that height appears to have a staggering impact on workplace progression, with people who are six foot earning on average $166,000 more during a 30-year career than their 5’5” counterparts. Conversely, overweight individuals are much more likely to be unsuccessful when applying for roles, as well as overlooked for promotions. On first glance, it seems that in the corporate world, success has a ‘look’ - and there are penalties for those that don’t measure up.

While it’s tempting to conclude that attractive people are given preferential treatment simply because we’re drawn to them like sailors to sirensong, psychologists argue that the real picture is more complicated. The findings of a recent study suggested that while the ‘beauty premium’ certainly exists, this is largely because attractive people develop distinct traits as a result of the positive way in which the world responds to them. Two studies evaluating 300 mock job interview ‘elevator pitches’ discovered that managers found attractive people to be more hireable – but only because they had a more effective ‘nonverbal presence’. Put simply, the researchers concluded that attractive people are simply happier and more confident, and this translated to them being perceived as more capable and competent.

Of course, this raises the interesting question: can anyone benefit from the ‘beauty premium’ with the right mindset and behaviour, even if they’ve a face only a mother could love? Experts say it’s possible, and here’s how.

Tapping Into The ‘Beauty Premium’

Be bold: Better looking people often benefit from attractiveness bias from an early age, with even teachers favouring more conventionally attractive pupils. As we know, this often means these individuals have higher levels of confidence and self-assurance, which in turn leads to an increased willingness to ask for higher wages, apply for promotions, and pursue new professional challenges. Of course, there’s absolutely no reason the more averaged-faced amongst us can’t also imitate these behaviours, so keep pushing yourself to step outside your comfort zone, and ask for the career advancements you feel you deserve. The more you do it, the easier it will become. 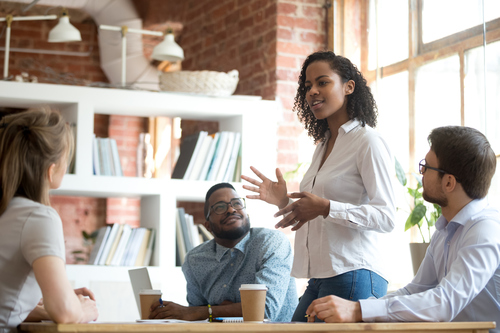 No more self-depreciation. Research shows that we’re less likely to be perceived as attractive (and receive all the benefits that come with it) if we’re constantly putting ourselves down. It’s therefore helpful to practise positive self-talk, as this can reshape our entire mindset and rebalance our self-esteem. When was the last time you looked in the mirror and told yourself you look bloody gorgeous?

Work on your non-verbal communication. One of the factors that influenced the managers in the study referenced above was so-called ‘non-verbal power cues’. These include nuances of expression, movement and orientation which demonstrate that an individual is confident and self-assured. Some examples include maintaining good eye contact, using a firm handshake, and being the first person to initiate interactions in a group setting.

Dress to impress. Think about the last time you saw a person you considered attractive. Was it their face that swayed you, or the whole package? A plethora of studies indicate that maintaining a stylish and well-groomed appearance can have all the same work and lifestyle benefits of being naturally attractive, and even something as simple as wearing colours that suit your skin tone can make a big impact.

Assess your relationships with others. If you’re suffering from low self-esteem that’s impacting your ability to succeed, pause to ask yourself why. Are there certain relationships you find draining, or people in your life that offer nothing but criticism? Toxic people weigh us down and prevent us from feeling our best, which can prevent us from reaching our full potential. If you make an effort to surround yourself with people who think highly of you and only want you to succeed, you’ll likely find your confidence will skyrocket.

Practise speaking with confidence and clarity. Numerous studies have shown that people who are more effective speakers, both in public and in everyday conversation, are perceived as more attractive by others – and that this can have a big impact on personal and professional success. Anyone can become a more effective speaker by practising a few simple tricks like cutting out nervous chatter, and eliminating filler words such as ‘erm’ and ‘like’.

Ultimately, although individuals with natural good looks will always experience certain advantages in life, it’s comforting to know that in the workplace, the relationship between attractiveness and success is far from cut and dried. Being positive, confident and hardworking are qualities that will serve you far better in the long run than being the office hottie – good looks fade, but a winning personality and attitude will serve you for life.

Ready for a new career challenge? You’re in the right place. We’ve thousands of positions available in industries such as accountancy, human resources, marketing and digital, IT, and many more. Alternatively, you can search all our positions here, or register with us.