Menstrual Leave: What Is It, And Can It Ever Really Work?

Menstrual Leave: What Is It, And Can It Ever Really Work?

In May of this year, the Spanish government approved legislation that would allow women (or anyone with a uterus) with painful periods to take paid menstrual leave, making them the first European country to do so. Under the new law, women experiencing severe and debilitating period pain – such as that caused by conditions like endometriosis – are able to obtain a note from their doctor and the country’s social security system will pay for their absence from work. The new law is part of a broader package of reforms related to women’s reproductive rights, part of which will also eliminate some of the existing barriers to abortion. Spain’s menstrual policy, which many feel should be replicated throughout Europe, has sparked fierce debate over whether such a move actually helps or hinders women at work. In this post, we’ll be taking a look at the historical precedent for period leave, the benefits it can have, and why it’s proven to be such a controversial topic.

A brief history of menstrual leave

Despite our perceptions that period leave is a new concept, the policy has surprisingly deep roots. A comprehensive study published in 2020 found that the first legislation on the subject can be traced back to the USSR in 1922, where it was introduced under the Bolshevik regime to provide women working in factories with two to three days of paid leave per month. It’s unclear whether the policy was overturned or simply disappeared with the collapse of the Soviet Union, but the subject was not seriously considered in Russia again until 2013 when it was ultimately dismissed despite its historic precedent. Similarly, Japan introduced a period leave policy in 1947 – an act which remains in force 75 years on. Indonesia followed suit in 1948, and South Korea and Taiwan introduced their own menstrual leave policies in 2001 and 2002 respectively. Additionally, Zambia introduced a law entitling female workers to one paid day off per month in 2017, affectionately known as ‘mother’s day’.

In addition to country-wide legislation, many companies are now also choosing to implement period leave into their workplace policies. For example, Los Angeles-based astrology app Chani now offers “unlimited menstrual leave for people with uteruses”, with many other companies such as Zomato following suit.

What’s the idea behind menstrual leave?

Millions of women the world over suffer from severe symptoms around the time of their period, known as dysmenorrhea. This might involve heavy bleeding, severe cramping, fatigue, nausea and diarrhoea. According to one review, up to 29% of women suffer from symptoms so severe it impacts their daily life and activities. Additionally, an estimated 10% of women suffer from endometriosis, making it the second most commongynaecological condition in the UK. People with this condition experience period pain and bleeding that’s far worse than usual, and may frequently need to call in sick to work as a result. Period leave offers women – along with trans men who are menstruating – a legally protected way to deal with their symptoms, without the fear of being penalised for it. Furthermore, a 2021 survey revealed that 70% of women who suffered from severe symptoms around their period didn’t feel comfortable talking to their managers about it, and 83% said their work was negatively impacted as a result. Menstrual leave can therefore be an innovative way to attract and retain female talent, whilst allowing employees to avoid conversations they may find awkward or embarrassing. 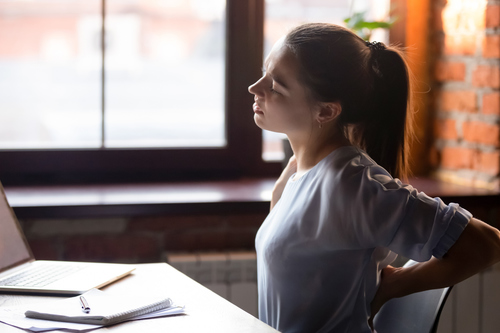 Why is menstrual leave a controversial topic?

According to our own survey of nearly 400 professionals, only 67% of people agreed that menstrual leave should be established within UK employment law. Part of the reason behind this is undoubtedly prejudice – people who don’t understand how severe menstrual pain can be unfairly worry that employees will take advantage of the policy for ‘free’ time off. Additionally, some make the point that even if such a policy existed in every workplace, women may not feel comfortable taking advantage of it. A look at Japan makes it clear that these concerns may have some merit; one survey found that less than 10% of women actually claimed menstrual leave, despite 48% wanting to. The reasons behind this varied, from being reluctant to raise the issue with a male boss, to so few other women using it. Some critics also point out that such policies have the potential to actually worsen existing prejudices, with one academic paper stating that negative implications may include “sexist beliefs and attitudes, contributing to menstrual stigma and perpetuating gender stereotypes, negatively impacting the gendered wage gap, and reinforcing the medicalisation of menstruation.”

So, what’s the solution?

Ultimately, advocates say, the major reason that some menstruation leave policies have been less successful than hoped is due to the pervading embarrassment that many still feel when discussing periods. ‘Period stigma’ is the conscious or unconscious belief that menstruation is somehow dirty or shameful, and the impact this has on female health can be severe and oppressive. Women themselves often internalise these beliefs, talking about their periods in whispered tones or through euphemisms. The impact of this stigma is not only a reluctance to talk about periods, but a huge lack of awareness about the facilities and adjustments women need in order to be fully engaged and productive at work. Whilst we’re used to organisations talking about their commitment to employee happiness and wellbeing, we’re far less used to honest and judgement-free discussions about women’s health and bodies – something we need in order for true equality in the workplace to be achieved. Until these issues are addressed, experts say, period leave is simply a band-aid on a bullet wound. That’s one of the many reasons for our #WomensWellnessAtWork campaign, which aims to normalise conversations about women’s health in the workplace in a bid to reduce shame and embarrassment. Yes, period leave can undoubtedly be positive move, but much work remains to be done to break the taboos and stigma that will allow people to fully take advantage of it. By talking about our bodies and advocating for our own comfort and wellbeing, we can help create working environments in which all women are free to achieve their full potential.

We want to break the stigma around women's health and wellbeing in the workplace. To join the conversation, share your opinions and experiences using the hashtag #WomensWellnessAtWork.