Could Your Accent Stop You Getting A Job?

Could Your Accent Stop You Getting A Job?

For a small island nation, it’s incredible just how many accents the UK is home to. Although an exact number is hard to gauge, experts put the figure somewhere around 37. Ranging from “traditional” accents such as Geordie, Brummie or Cockney to newer accents such as Estuary English and British Asian English, accents can reflect not only the region someone hails from, but their social class, background, age, and social network. And then, of course, there are dialects – regional variations on language, grammar and pronunciation – which may be subtle to the outside ear but obvious to those who live within a particular region. Many of us are intensely proud of our regional accents, seeing it as a link to our history and heritage, as well as an important marker of our identities. However, as fond as we may be of our lexical lilts, we can all hold our hands up to making assumptions about someone else based on their accent or dialect, even if on a logical level we understand this is irrational and unfair.

What is accent bias?

All humans have cognitive biases – mental shortcuts that our brains are hardwired to perform to enable us to make faster and more accurate decisions. When it comes to accents, all of us have certain traits or characteristics that we associate with each, which may be informed by popular culture, our own experiences, or even prejudice passed down through generations. Entire stereotypes have built up around different accents – British Received Pronunciation speakers are posh and educated, those with southern Irish accents are friendly and charming, Yorkshire speakers are trustworthy, and Birmingham speakers – depending on who you ask – sound either melodic or criminal. And because studies have shown it can take just 30 milliseconds of speech for us to identify someone’s ethnic or cultural background, this means we might be making snap judgements about another person before they’ve even finished saying hello.

How do accents impact our working lives?

Accent bias can be especially problematic in the workplace, where assumptions about a person’s intelligence and ability based on unreliable data can have huge consequences. Given the strong associations with certain accents, it’s hardly surprising that 28% of people feel they’ve been discriminated against due to their accent within a professional setting, and 20% admitted changing their accent for a job interview. What’s perhaps more shocking still is that an astonishing 80% of employers openly admit discriminating against a candidate because of their accent, with people from Birmingham the worst hit, closely followed by Liverpudlians, Geordies and Glaswegians. In fact, it seems that accent bias may be one of the last forms of acceptable prejudice in today’s workplaces.

Accent bias can also occur totally unconsciously. In 2020, academics led a large-scale research project which examined accent bias in Britain within professional contexts. As part of the study, participants were asked to listen to 10 short mock answers to typical legal job interview questions that had been formulated by experts. The texts were recorded by two native speakers of five different accents, including Received Pronunciation, Multicultural London English, and general Northern English. 1062 members of the British public were then asked to listen to these answers and fairly and impartially rate each candidate’s overall performance, knowledge, and hireability. Perhaps unsurprisingly, the report revealed that accents from a working class or ethnic minority background were consistently voted as belonging to less employable candidates. It’s easy to see how such biases can contribute to a working landscape in which accent can play a significant role in structuring and determining socioeconomic progress, creating a vicious cycle in which certain areas of the UK are economically penalised simply for the way they speak. Indeed, this may go some way towards explaining evidence suggesting that people with strong regional accents seem to earn less. 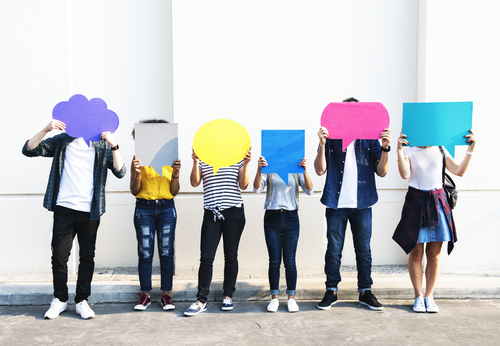 So, what can we do about accent bias?

Unlike other markers of identity such as race and religion, accents normally aren’t legally protected characteristics. Although differences in treatment due to accents based on ethnicity or national origin are discriminatory, regional accents do not fall into this category. This makes it more likely that discrimination – whether conscious or unconscious – might occur in the workplace, without a means to address it.

However, it’s not all bad news. The same accent bias study cited above found that lawyers and legal recruiters asked to conduct the same assessment as the members of the public were able to effectively ‘switch off’ their accent bias and accurately judge the quality of candidates’ answers. This so called ‘expertise effect’ seems to suggest that the power accents hold seems to be greatly diminished within certain professional settings, where the ability to judge people based on what they say rather than how they say it becomes more finely tuned. Additionally, the survey revealed that when participants’ attention was drawn to the existence of accent bias, this alone was enough to prompt fairer and more accurate answers. This indicates that a little awareness of the problem goes a long way.

So, should you be masking your accent in a job interview, or let your regional roots shine through? The advice from experts on this is pretty clear: while overdoing the regional slang at work is best avoided, it’s not accents that need to change, but our attitudes towards them. Our accent is as much a part of who we are as our sexuality, our race, or our gender, and an aspect of our identities that we should be seeking to embrace rather than stifle. So while we might not be hearing any Brummie programme announcers on the BBC anytime soon, there’s no reason you shouldn’t embrace yours as a USP.

Find a job that lets you embrace all parts of your identity. We’ve hundreds of positions available in industries such as accountancy, human resources, marketing and digital, IT, and many more. Alternatively, you can search all our positions here, or register with us.