Breast Cancer And Working Life: Coping With Both

Breast Cancer And Working Life: Coping With Both

Being diagnosed with cancer is a terrifying time. Not only are you forced to deal with concerns about health and wellbeing, there’s also the inevitable fears about how those around you will cope, and whether you’ll ever truly be the same again. As part of our #WomensWellnessAtWork campaign, we wanted to take a look at the impact a breast cancer diagnosis can have upon a person’s working life. To help us gain a clearer picture, we spoke with Gleeson’s Talent Director Petra O’Hara who was diagnosed with stage two breast cancer in 2013, and Mel Poulter, Divisional Director from our Accounting and Finance division, who was diagnosed with stage four breast cancer in 2007. Both have bravely agreed to share some of their story with us, the struggles they faced as they underwent treatment, and to discuss some of the ways employers can help to support employees going through similar struggles.

Dealing with the diagnosis

When faced with a cancer diagnosis, it’s common to experience a range of emotions. From fear and anxiety to a steadfast determination to recover as quickly as possible, everyone is likely to react slightly differently. Mel explains, “When I was first diagnosed, my mind was racing. One of my first concerns was for the other people in my life, such as my parents and my little sister. I didn’t want to put them through this. There were so many other scary thoughts that popped into my head, such as, will I ever be able to have children? Do I need to make a will? Why is this happening to me? I felt so angry and frustrated, and all of that was compounded by the fact that I was only 30, and it seemed as though my chance at life was being ripped away from me.” Petra, however, recalls that the news sent her instantly into survival mode: “When I was told, I just went into shock. Soon afterwards though, I said out loud ‘I am not going to die from this.’ My first call was to work as I knew I needed to make a plan. The harder part was breaking the news to my family, who were so upset and worried.”

To work, or not to work?

After processing the news, the next hurdle many people have to grapple with is dealing with life’s practicalities, such as work. Although in the UK, no one is legally obliged to tell their employer when they’re diagnosed with cancer, there can be big advantages to being open about this; companies must make reasonable adjustments to help cancer patients to work as they continue treatment, such as providing the flexibility to work from home, or take extra time off for hospital appointments. Shockingly, a survey carried out in 2016 discovered that nearly three-quarters of UK employers have no policies in place to manage cancer diagnoses amongst employees, and little progress appears to have been made in this area since. This is made all the more surprising by the fact that one in two people in the UK will be diagnosed with cancer in the UK during their lifetime, and when considered in purely financial terms, poor preparation and planning can have a serious impact on an organisation’s bottom line.

Although many people choose to take time off from work whilst battling their illness, Mel decided that staying in her position was ultimately the best decision for her at the time. She remembers, “Once I got over the initial shock and began to recover from my operation, I made the decision that I didn’t want anything to change. I worked all the way through my chemo and radiation. No matter how rough I felt, I always tried to go about my daily life as normally as possible.”

The right support makes all the difference

Of course, when faced with any health issues, having the right support is essential. In fact, research has shown that when it comes to patients battling cancer, having a supportive network can make a huge difference to a person’s quality of life. Because we spend so many of our waking hours at work, having the correct support in place there is also essential. Petra recalls how her employer’s flexible approach also helped her to maintain a sense of normality throughout her treatment: “I had three weeks off following my mastectomy, and then I was able to gradually phase in my return to work. I also had to have three weeks of radiotherapy, and was able to take the time I needed to rest and recover. Our HR department also checked in with me regularly to make sure I was okay, which really helped.” Similarly, Mel told us how the support she received from her manager and the rest of the team made her battle that much easier: “My employers were absolutely amazing, and the support I received was incredible. They were there to help me as I attended appointments, as well as to ease my workload when I needed it. Of course, they were shocked just like me, but they made sure I was their main priority.” 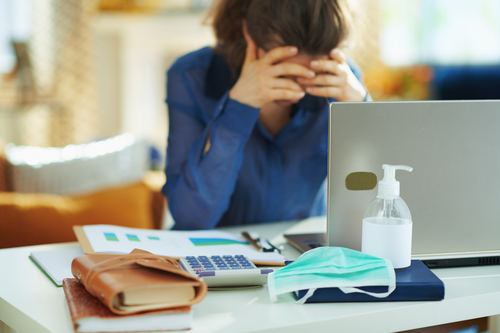 The journey to recovery

One of the persistent myths that surrounds cancer treatment and recovery is that after treatment is over, survivors are simply able to resume normal life. The reality, however, is starkly different; from fatigue to muscle aches and mental health issues such as anxiety and depression, there are a whole range of issues that patients may deal with later down the line. In the workplace, of course, this can become complicated, especially as others may have the perception that the person is simply able to pick up where they left off. Petra recalls, “Although I only took three full weeks off work, when I returned to the office, people seemed to think I had already recovered, and a few even asked if I’d been given the all-clear! People really underestimated the struggle that still lay ahead of me – I’ve had 13 subsequent operations related to my cancer and reconstruction, so that initial stage was really just the beginning of a very long journey. On top of these misconceptions, I also struggled with feeling out of the loop on some decisions that had been made during my absence, and almost as though I wasn’t good enough to do my job as well as I did before. I did also experience some struggles with my mental health, and later began to experience panic attacks, which was later attributed to not having given myself enough time to process everything and heal.” Mel recalls that after her treatment was over, this was the point at which she needed more support than ever: “Because I didn’t take any time off during my treatment, I didn’t give myself enough time to process what had happened, and my mental health took a serious decline. Thankfully, my employer offered me a fully paid six-month sabbatical just to focus on myself and my own wellbeing. I was so incredibly grateful, and it made all the difference in terms of my recovery.”

How employers can help

Thankfully, for employers looking to support team members dealing with a cancer diagnosis, there are plenty of helpful resources out there created by organisations such as Macmillan. And there’s every reason for organisations to be prepared; it’s estimated that the HR department of a large company in the UK will see more new cancer diagnoses in a year than a typical GP, and more than 700,000 people of working age are living with a cancer diagnosis today. Asked her thoughts on how employers can best support people living and working with a cancer diagnosis, Petra explained, “Being able to carry on working throughout my treatment provided me with the normality I needed so that I didn’t dwell on the situation. So many people have a strong attachment to their work, and it brings them a sense of joy and purpose. I would advise employers to empower their team members to continue working if they’re willing and able. Keep them in the loop with decisions that are made when they’re not around so that they feel valued and included. Perhaps most importantly, be kind and empathetic. Listen to how that person feels without judgement.” Mel comments, “With cancer, no two days are ever the same. One day you can be positive and ready to fight for your life, and the next you feel like giving up. As an employer, this is something it’s important to be aware of – cancer can take an incredible toll on a person’s mental health, even if they’re doing their best not to show it. It’s also worth remembering that there’s every chance a person is still struggling even after their treatment is over, and that getting ‘better’ is a process that takes time. For me, time has been the biggest healer. 15 years on, I love that cancer is not the first thing on my mind when I wake up in the morning.”

We’re on a mission to make the world of work a happier place, one candidate at a time! We’ve hundreds of positions available in industries such as accountancy, human resources, marketing and digital, IT, and many more. Alternatively, you can search all our positions here, or register with us.