5 Sectors Set To Thrive In The Next Decade

5 Sectors Set To Thrive In The Next Decade

If you’re just starting out in your career, or even if you’re simply looking for a change, it can be challenging to know where to focus your efforts. The good news is, the UK economy is regaining its momentum in the form of a rapid yet incomplete recovery, meaning that the outlook for many sectors is promising.  Although the latest figures suggest certain industries are on the decline due to rapid digitalisation and automation, there’s a whole range of sectors set to explode within the next decade. So without further ado, let’s take a look at the top five, according to our industry analysis.

The video game sector is huge – larger, in fact, than the movie and music industries combined. In 2020, the industry generated upwards of $155 billion in revenue, which looks set to almost double by 2025. And of course, the sector demands talented programming professionals. However, if playing a part in designing the next smash hit game that leaves mothers all over the country yelling in frustration that their teenager’s dinner is going cold, it pays to do your research into exactly which programming languages you should focus on. For instance, C++ is used to build most big console and Windows games, and offers an advanced abstraction level for both fine object orientated and generic programming. However, for beginners, Java is likely to be a better starting point, as it’s more beginner friendly and there’s a huge variety of free tutorial material available online. Of course, not everyone who fancies a career in programming will be interested in entering the hugely competitive world of gaming, and there’s literally thousands of other career options available out there. For instance, learning Kotlin will be highly advantageous for anyone wishing to enter the world of android app development, and anyone who’d like to delve into the world of data analysis and statistical computing would be well advised to start learning R. And don’t be put off by the fact that is all sounds so complicated – literally anyone who’s willing to put in the hours can learn programming. It’s also an incredibly well-paid profession, with the most experienced programmers taking home over £70,000 per year. 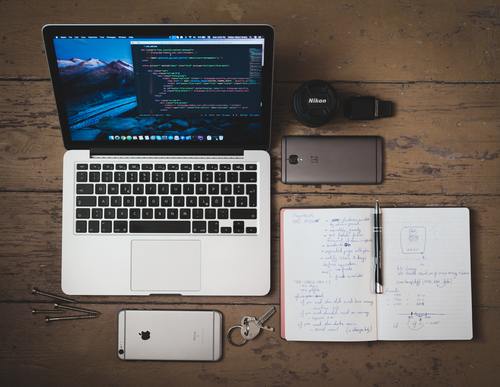 As the working world embraces the hybrid model with open arms, an increasing dependency on digital tools means our data is more susceptible to hacking than ever. Moreover, hacking attacks which targeted people working from home in the form of malicious email traffic rose by 50% in a matter of weeks during the first national lockdown. As companies have rushed to move their services online, this means that many of the necessary steps to ensure that customer details are fully protected have not been completed securely – a mistake which could close an organisation down overnight. It should come as no surprise, therefore, that the UK’s cybersecurity industry is booming, and currently worth £8.3 billion – a figure set to rise considerably. Because of the relatively young age of cybersecurity as a career, paths into the industry are not always well established, and many companies may be just as inclined to look for skills as qualifications. You could start in a junior role and learn from more experienced professionals, or you could study cybersecurity as a degree. Either way, it promises to be a lucrative career, with experienced professionals pulling in around £60,000 or more per year.

One rather unfortunate consequence of national lockdowns (depending on whose perspective you’re looking at) is that divorce enquires to legal firms soared by 95%. Although this is estimated to be a short term problem, lawyers who deal with the sale of homes are also seeing their workload dramatically increase, as long-term projections indicate that almost 46% of renters or homeowners are either planning to buy their first home or relocate within the next few years – a trend also spurred on by national lockdowns. The UK’s legal sector surged to a new record in March, painting an optimistic picture for the future; according to the ONS, turnover rose to an all-time high of £4.6 billion, representing a massive 30% increase in revenue. Of course, for anyone planning on entering the legal sector, it can be a little overwhelming, as there are 24 separate legal practice areas, each of them requiring different skills and knowledge. It pays, therefore, to do your research on which areas are most in demand. Family law tops the list, which should come as no surprise, with family disputes being every bit as certain in life as death and taxes. Employment law is also a thriving area, as well as environmental law. In our increasingly connected world, technology law is also a fascinating and lucrative sector to enter, especially because there are relatively few legal professionals out there who specialise in this area at the moment. Salaries within the legal profession vary widely, as there are so many different positions and specialities. However, the average paralegal salary in the UK is around £30,000, and experienced solicitors earning in excess of £70,000.

Pharmaceutical specialists were the unsung heroes of the pandemic, working tirelessly behind the scenes to design and test a vaccine which has reduced Covid hospitalisation rates by an incredible 81%. Furthermore, the Covid crisis has reaffirmed to governments that pandemics can easily take hold at any time, which has prompted unprecedented investment in pharmaceutical research and development. The drug discovery market continues to climb in value, with projections that it will be worth a staggering £54.6 billion by 2025. This will be spurred further by the use of AI technologies and further biotechnological advancements, in a bid to treat illnesses which are growing in prevalence yet have proven resistant to treatment, such as Alzheimer’s and many cancers. In short, if you’ve an analytical mind and are enthusiastic to make a difference, it’s a great career to get into. Within this sector, there’s an incredibly diverse range of jobs, ranging from lab-based R&D, to manufacturing and production and quality assurance. Some of the most well-paying roles are those which involve analysing the synergy and side effects of different drug combinations, communication specialists who can break down complex medical information to people outside the industry, and pharmaceutical sales representation which involves marketing drugs to healthcare providers. It varies depending on speciality, but positions with particularly specialised skillsets can pay upwards of £100,000 per year. 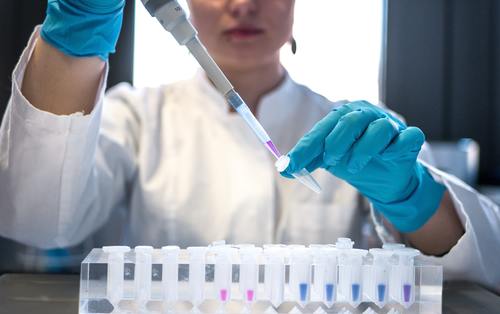 Engineers design and develop new technologies designed to make our lives easier, better, and safer. With technological advances occurring more rapidly than ever, nearly all engineering fields are seeing a rapid increase in job opportunities. It’s been estimated that engineering employers will need to recruit 265,000 skilled entrants annually to meet demand through to 2024 – a figure that has increased dramatically in recent years. Furthermore, due to a sector-wide skills shortage, engineering graduates are highly sought after, which has driven up wages by around 10% in just the past year. As with most professions, within engineering, there are many different specialities, some more in-demand than others. For instance, the UK’s renewable energy sector has continued to go from strength to strength. With wind energy at the heart of this environmental revolution, maintenance engineers who can service and maintain wind farms are in high demand. Predictably, the demand for tech engineers is also dramatically increasing year on year, as public enthusiasm for self-driving cars, smart homes and AI continues to grow. With the UK government’s commitment to make all cars ‘zero-emissions capable’ by 2035, electric vehicle engineers are also highly sought after, with demand set to skyrocket within the next decade. Although it varies widely across sectors, engineers who specialise in niche technical areas such as aerospace can take home as much as £75,000 per year.

If none of the sectors above take your fancy, then never fear – UK job vacancies in the UK recently reached a 20-year high, meaning that no matter what profession you have your sights set on, you’re almost certain to find a position to suit you. If you’re on the lookout for something new, then you’re in the right place; we’ve hundreds of positions available in legal, engineering and manufacturing, IT, human resources, and more. Alternatively, you can search all our positions here, or register with us.