Why You Probably Shouldn’t Accept That Counteroffer

Why You Probably Shouldn’t Accept That Counteroffer

.… I know, we would say that. But carry on reading.

Going through the process of job interviews can be incredibly stressful and draining. Handing in your notice can be more nerve-wracking still. By this point, the idea of starting a new job – building up a whole new network of friends and colleagues and adjusting to an unfamiliar place – can begin to seem less and less appealing. Humans are hardwired to resist change, and can interpret it as a threat which triggers our fight or flight response, keeping us psychologically shackled to the past. It’s not surprising, therefore, that when we’re thrown a lifeline in the form of a counteroffer, our natural instinct is to take it. After all, you’ve been offered more money – exactly what you wanted – and you don’t have to go through the stress of adjusting to a whole new work environment. It’s a no-brainer, right? Right??

Wrong. There’s a famous stat thrown around within recruitment that 80% of employees that accept a counteroffer leave within six months of accepting it, and that 90% end up leaving within a year. While we can’t find any solid sources to back this up this fabled fact, anecdotally at least, it does appear to ring true. We’re also not going to tell you that accepting that counteroffer is career suicide. What we will say, however, is that in our honest collective experience, you probably shouldn’t accept that counteroffer, for several reasons.

Your old problems haven’t gone away

Think about what prompted you to begin your job search. Were you frustrated? Overworked? Stressed? Unless you’re in the 12% of people who apply for a new job purely due to pay, there are other, equally important reasons you’re seeking new horizons. Interestingly, 89% of employers believe that their employees seek to leave for financial reasons alone. Because of this, it’s unrealistic to expect your current employer to view your situation holistically, and begin addressing your other concerns. Add this to the fact that your employer is likely feeling irritated that you attempted to leave in the first place, and it would be surprising if any meaningful changes took place. While this doesn’t mean you shouldn’t accept the offer, it does mean you have to ask yourself a very important question: is the pay rise worth it? 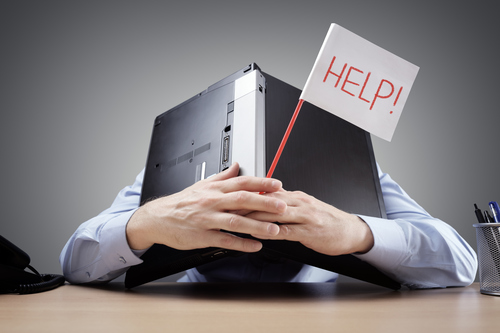 There’s no getting around the fact that your company didn’t see any need to offer you a pay rise until you threatened to leave. Not only that, the fact that they so easily came up with a counteroffer indicates they were knowingly underpaying you, a signal that they undervalue their employees. Look for other signs your employee development is being neglected - are they investing in your future with training? Have they worked with you to map out your career progression? When was the last time they discussed your ambitions with you? Your potential new employer, however, saw your value and offered you what your current company was not. Plus, there’s a whole world of opportunities you’ll never discover if you don’t take the plunge. It’s also worth considering - what will you do the next time you’re due a pay rise or promotion?

You’re bound to be treated differently

This is especially true for small companies or start-ups, who often highly value loyalty. You’ve displayed your lack of fidelity outright, and you can be certain your boss isn’t happy about it, no matter how chilled he or she appears on the surface. In a recent survey, nearly 80% of senior executives and 60% of HR leaders stated that diminished trust and compromised reputation were significant consequences of accepting a counteroffer. In practice, this means that when it’s time to consider further pay rises and promotions, your name will almost certainly be bottom of the list – but will definitely be at the top when redundancies are on the table. Not to mention, it’s possible (although entirely unfair) that your boss will feel they’ve been blackmailed into producing a counteroffer, and your colleagues will feel resentful of your perceived special treatment. It could even cause other team members to threaten to quit, hoping to also secure a better deal. And let’s not forget, for those who value their reputation, accepting a job offer and then rescinding the agreement later is highly unethical.

You call your boss into a meeting room, and inform her of your intention to leave. She looks pained, and animatedly begins informing you of all the big plans the company had for your career development, and the pay rise they had in store for you. All of this has the desired effect: you start to feel like your instincts were all wrong, and that you’ve made a terrible mistake. At this point, it’s time to ask yourself: do you really believe what you’re hearing? Would your company really have offered you all this at some point? If you can honestly answer yes, ask yourself why they haven’t offered it before now. It’s tempting to think you received a counteroffer because you’re a valued member of staff, and while that may be true, the reality is likely quite different; the average cost of recruitment for a new employee in the UK is £3,000, along with the costs of training and potential lost productivity – your company would certainly rather not pay that.

It pays to step out of your comfort zone

If you’re tempted to accept a counteroffer, you need to be honest with yourself as to how much of your decision is down to fear of the unknown. You’re used to your colleagues, even the irritating ones, and you have friends you’d be sad to leave - an added emotional tie that can cloud your judgement. If this reflects how you’re feeling right now, then consider the fact that Yale research has revealed that stability and predictability shuts down the brain’s learning centres, whereas situations that are new and uncomfortable give it a boost. Experts sometimes refer to this as ‘strategic instability’, and it’s a principle often harnessed by entrepreneurs to propel them to new heights of success. Furthermore, by stepping outside your comfort zone and dealing with the stress of an unfamiliar environment, you’re proving to yourself that you can deal with, and thrive on, new challenges. This helps to develop mental resilience, and build confidence to tackle difficult situations in the future. It’s also a vital part of maintaining a growth mindset, which is considered a huge contributor to career success in the long run. As the old adage goes, nothing is more expensive than a missed opportunity. 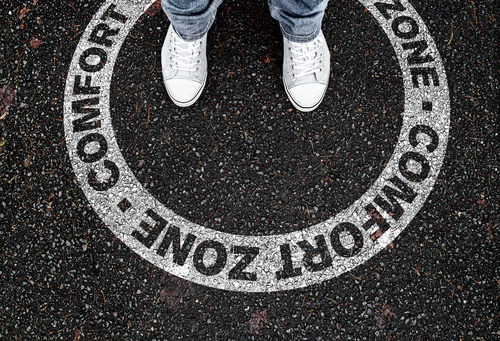 That’s not to say you should never accept a counteroffer; after all, in life, very few things are absolute. If all you’re unhappy with in your current position is the pay and your boss is willing to offer what you want, it makes sense that you might decide to stay. Similarly, you might feel that your company’s promises to you are genuine. Before you make any decision, however, it pays to ask yourself the following questions, and commit the answers to writing to help you reflect on them later.

10 questions to ask yourself when considering a counteroffer

1. What were the reasons you wanted to leave in the first place? Do they extend beyond pay?

2. Have you taken plenty of time to think about your decision?

3. Why are you only being offered a pay rise/promotion now?

4. Do you believe this offer would ever have been made without the threat of leaving?

5. Is this a short-term or long-term solution?

6. Is a pay rise worth putting up with any other issues bothering you?

7. How do you believe your future in the company will be affected?

8. Is the fear of the unknown impacting your decision?

9. Are friendships at work clouding your judgement?

10. Which decision will bring you greater happiness?

Ultimately, the only opinion that counts is yours. However, it can certainly pay to speak with your recruiter before you make any decision – they’ve seen this scenario many times, so are well placed to provide advice and provide the insight that will allow you to make the best decision for your personal and professional growth. Whatever you do, ensure you don’t accept any counteroffer out of a sense of guilt, or allow yourself to be persuaded against your better judgement. This is a business decision, and one that will impact the rest of your life.

Find a job that no counteroffer can match. We’ve hundreds of positions available in industries such as accountancy, human resources, marketing and digital, IT, and many more. Alternatively, you can search all our positions here, or register with us.