How To Set Healthy Boundaries At Work

How To Set Healthy Boundaries At Work

Work-life balance. Three magical words we’re all intimately familiar with, yet most of us are unsure exactly how they should translate to our own realities. It’s a concept that looks drastically different from one person to the next depending on values and priorities, and doesn’t mean literally splitting your time 50/50 between both. After all, work might genuinely be the thing that you find most fulfilling right now, and there’s nothing wrong with that.

Achieving the ‘work-life balance’ holy grail can seem like an impossible feat; technology means everyone is now accessible around the clock, and the culture of many companies still favours and rewards employees that work unpaid overtime. As the pandemic struck and almost all of us were forced into remote work, it seemed for a while that ‘work-life balance’ might finally be attainable – after all, the only commute most of us had to contend with was the journey from desk to sofa. However, the exact opposite turned out to be true; a study in the US revealed that 69% of employees working from home full time experienced symptoms of burnout as the pandemic wore on. In the UK, the Office for National Statistics found that remote workers have been doing twice as much unpaid overtime as their in-office counterparts. In short, the boundaries between our work and personal lives have become more blurred than ever. In response, a growing movement has been forming which advocates for firmer dividing lines to be enshrined in law and legislation, termed “the right to disconnect.”

This is the sentiment behind ‘game changing’ Portuguese regulations announced last week, which impose stiff penalties for employers contacting employees outside of office hours. Such measures already exist in France, where companies are asked to agree upon “specific hours” for remote workers, and Ireland also introduced a related code of practice in April. The UK now faces mounting pressure to set out similar protections in its Employment Bill, which is expected to be published later this year. With legal protections still far from guaranteed for most of us, the topic of workplace boundaries is as relevant now as ever. The ability to say ‘no’ can be the most powerful tool in your mental health arsenal, and can ultimately boost your productivity and workplace happiness. In this week’s blog post, we’re taking a look at some of the signs you might lack healthy boundaries at work – and five steps you can take to remedy it. ​ 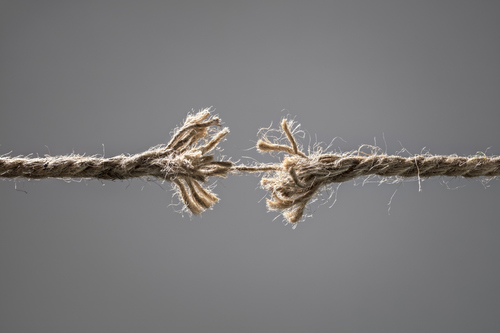 What are healthy boundaries?

Personal boundaries help us to define our ‘edges’ – where we end, and other people begin. They create a space in which we can be our genuine selves, and make decisions which align with our personal integrity whilst remaining respectful of others. Our boundaries dictate how we allow other people to treat us, and are drawn from the framework of our core beliefs, opinions and values. We use our boundaries to identify situations in which we may need to take action to help others, whilst keeping our personal and mental safety intact. Some boundaries we set intentionally and mindfully, others we set subconsciously. People who don’t set healthy boundaries are likely to find themselves constantly at the mercy of others; in a professional environment, this could well mean answering that text from your boss at 10pm.

Of course, some of these indicators might overlap with other issues, such as depression, anxiety, or even imposter syndrome. Nevertheless, if you can relate to five or more items on the list, there’s a high chance you’re a chronic people-pleaser, and allow your time and resources to be taken advantage of by others at work. At its heart, people pleasing stems from insecurity and a lack of self-esteem. Maybe you’ve never felt good enough for your job so you’re always working overtime to prove yourself, and others, wrong. Maybe you’re terrified of letting other people down. Whatever the reasons, there are some initial steps you can take to begin establishing healthy boundaries at work, which will be essential for your mental health in the long run.

It’s hard to begin setting boundaries if you aren’t sure why, or what your end game is. What’s important to you: your family? Alone time? Always keep this motivator in the forefront of your mind. If you’ve decided you’re going to work on your physical fitness, set a non-negotiable boundary that you leave work at a certain time every day to work on it. Be sure to pay attention to how fulfilling it feels when you’re able to express and maintain your boundaries, and the difference it makes to your overall happiness and wellbeing. This way, you’ll be much less likely to tolerate your boundaries being violated in the future. Additionally, make rules for yourself that enforce your new priorities - such as not checking your emails in the evening - and stick to them.

Saying ‘no’ can seem like the lesser of two evils; although you don’t want to be overburdened, you also don’t want to disappoint people, or make extra work for your colleagues. Being a ‘yes person’ is enshrined in Western culture – we’re taught to find solutions, not problems, and to ‘make things happen’. However, you can only say yes so many times before burnout becomes a very real threat. So, start by saying ‘no’ to things you don’t want to do in your personal life. Don’t want to go on that second date but feel obliged? No. Perhaps you’d rather not help a friendly acquaintance move house? Say no! When you’re used to this, you’ll feel much more empowered the next time you’re asked to take on tasks over and above your maximum workload. And remember ‘no’ is a complete sentence. Although you might be tempted to overexplain yourself, doing so can make it seem like you’re simply making excuses. 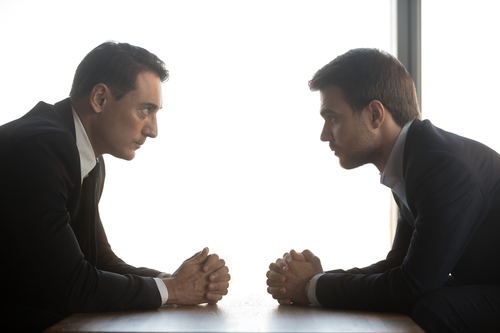 3. Be prepared for pushback

Other people aren’t used to you saying no, so don’t expect them to like it, especially if they’ve come to depend on you to make their working lives easier. Decide in advance how you intend to handle pushback situations when they arise, and be prepared for different scenarios. For instance, let’s say you’re being asked to work on a project during an evening you’ve promised to help the kids with their homework – how will you respond? Naturally, things can get a little more complicated when the demands are coming directly from your boss. However, take the time to become familiar with what toxic boundaries can look like in management, so that if you do need to say ‘no’, you can have full confidence that you’re doing the right thing. Focus on the reason you’ve chosen to set the boundary in the first place, and how beneficial it will be for you in the long run. If the other person seems quite upset, then it’s fine to acknowledge that, as long as you don’t capitulate to their requests or allow yourself to be emotionally blackmailed, which will send you right back to square one.

People will have far less reason to complain if they know what to expect. Let everyone know that you’ll no longer be responding to emails after 5.30pm, and also be very clear on what constitutes a ‘work emergency’ so that people don’t use this old chestnut as an excuse to sneak past your boundaries. Put a note in your email signature if you’re really keen to hammer home the point. Communication can also mean saying yes, and meaning yes – don’t agree to something you don’t want to do, and then do it passive-aggressively. If you know other people are relying on you to get something done, do it wholeheartedly. This will help to build your integrity in the eyes of others, as your co-workers know that when you agree to something, you can be trusted to follow through.

Boundaries are all about respect – and that goes both ways. If a colleague says something inappropriate that you feel needs to be addressed, go for it, but sarcasm, put-downs and unconstructive criticism should be strictly off-limits. Boundaries should never be used to punish another person, and if you make it clear you respect the person you’re speaking with, you’re far more likely to receive respect back. Work on calling people in Vs calling them out – make it your aim to understand different perspectives and points of view, rather than alienating, and focus on finding mutual understanding rather than confrontation. Behave with grace, work on your emotional intelligence, and the rest will follow.

We’re on a mission to make the world of work a happier place, one candidate at a time! We’ve hundreds of positions available in industries such as accountancy, human resources, marketing and digital, IT, and many more. Alternatively, you can search all our positions here, or register with us.

Looking for extra resources to help you stay happy and motivated at work? Check out the rest of our wellbeing content here.