Bossy or Assertive? How Gender Bias Is Impacting Female Leaders

Bossy or Assertive? How Gender Bias Is Impacting Female Leaders

Ask most men how things are progressing in the world of feminism these days, and their answer might well surprise you. Almost two-thirds will apparently tell you that women have, in fact, achieved equality at long last.That’s despite a laundry list of depressing statistics that prove quite the opposite: women make up only 6% of FTSE 100 CEOs, just 34% of the House of Commons, and nearly 90% work for companies that pay them less than their male peers.

And as if climbing the corporate ladder wasn’t difficult enough for the fairer sex, those that do obtain leadership positions often struggle with a dilemma of Sophie’s Choice proportions. Think of the characteristics you associate with leaders: ambition, assertiveness, competitiveness, confidence, to name but a few. These are the characteristics one must embody, regardless of gender. The problem? Because these qualities are the antithesis of stereotypical feminine behaviour, women who display them (either naturally, or in a bid to get ahead) often incur a ‘likeability penalty’. Whether consciously or not, we expect women to be warm, nurturing, and submissive. Because of this, those who display behaviour that steps outside gender norms are consistently rated as less likeable by their peers - male and female - which can of course have consequences when it comes to getting a promotion or pay rise. And just to add yet another layer of frustration, women who are viewed as ‘too feminine’ are also seen as less competent within traditional managerial settings. In a nutshell, female leaders are damned if they do, and damned if they don’t. 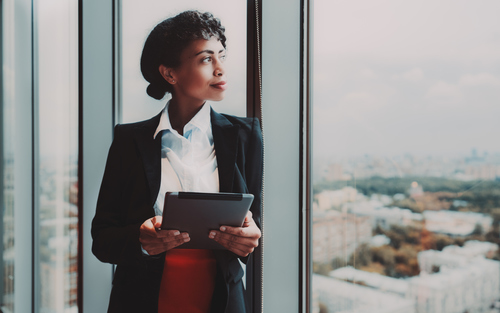 Men Are From Mars, Women Are Controlling

The earliest citation of the word bossy can be found within the following sentence from the 1882 Oxford English Dictionary: “There was a lady manager who was dreadfully bossy.” Furthermore, usage of the word peaked in the 1970s, when the women’s movement led to a dramatic increase in female presence within workplaces across the country. For decades, it seems, the same pattern has been apparent: behaviour is, more often than not, interpreted within the context of gender.

Indeed, a 2008 study published in Psychological Science reveals that men received a boost in their perceived status after expressing anger, whereas for women, the situation was reversed; they were consistently accorded lower status, and viewed as less competent. Such results were echoed by a comprehensive survey,which concluded that, in an astonishing 75% of performance reviews, women receive “negative personality criticism”, such as being labelled pushy or stubborn, or asked to watch their tone. A further white paperrevealed that women in the workplace are called bossy far more often than their male counterparts, despite exhibiting similar behaviour in similar circumstances. For the majority of us, such findings only echo lived experience; anger expressed by men (to be more specific, white men) is most often perceived as justifiable, even righteous, but when the same emotion is expressed by a woman, their behaviour is often interpreted as volatile and unhinged. This is especially true for black women, to which press coverage of Serena Williams at the 2018 US Open is testament. This is what many psychologists refer to as the ‘assertiveness backlash.’

What does all this mean for women in the workplace? Well, not only do they need to work even harder to be deemed as competent as their male colleagues, they also need to find entirely different ways of working – treading a narrow and awkward path between masculinity and femininity. 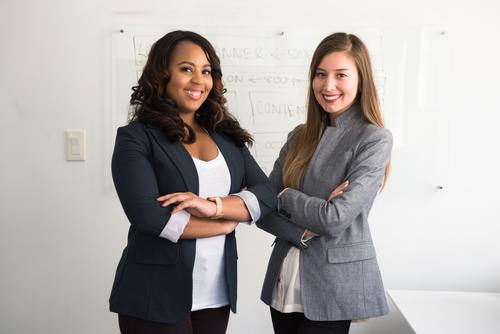 How Female Leaders Can Avoid The Assertiveness Backlash

Ultimately, perhaps we should all be taking a leaf out of Beyoncé’s book and pushing to eliminate ‘bossy’ as a label. No woman (or man) should need to jump through hoops in order to receive fair and equal treatment in the workplace. Here at Gleeson, we strongly believe that companies need to be united in supporting and empowering female business leaders. Nevertheless, until the world changes for the better, the best we can do is look to research does offer some tips on how women can get ahead – and stay there – by harnessing a strategic, flexible approach.

Lots of women use modifiers (such as quite, just, and probably) and permissions (like sorry, excuse me, and may I) when they’re speaking, and especially when expressing their own opinion. The trouble with this is that it can distort other people’s perception of competence by suggesting weakness or uncertainty. The compromise? Keep the tone of your message warm, but the substance direct and concise. So, don’t be afraid to ask for that report to be on your desk first thing Monday, but keep your sign-offs casual.

It’s been hypothesised that women can reduce the assertiveness backlash by up to 27% by prefacing statements that might be perceived as too direct or ‘bossy’ with a ‘value phrase’ that justifies their comments and puts them into context. For example:

“This is a matter of principle for me, so it’s vital I express my opinion clearly…”

“I’m aware it’s a risk to speak this openly and assertively as a woman, but I’m going to be very direct with my thoughts…” 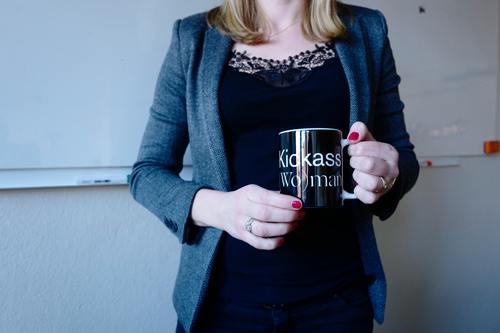 Interestingly, researchers have also discovered that women are perceived as more competent when they adopt dominant body language, facial expressions, and speech patterns – but only if they simultaneously display other qualities which line up with female stereotypes, such as listening well and showing kindness. Not only that, women who ‘self-regulated’ in this way were 1.5 times more likely to be promoted. What does this mean in practice? Not shying away from physically taking up space in a room, standing tall, and adopting power poses. Alternatively, you might try slightly upping your natural volume levels to ensure your voice is heard, or subtler measures such as avoiding hesitation when speaking.

Women who are perceived as talking for significantly longer than others within professional settings were given lower competency ratings than (surprise, surprise) their male counterparts who spoke for exactly the same length of time. In contrast, keeping speech clear and concise was correlated with higher levels of perceived ability and professionalism. So, if you naturally over-elaborate, you might want to practise keeping your sentences succinct, getting straight to the point, and eliminating redundant phrases.

Although it’s not often I disagree with Beyoncé, I don’t think we need to #BanBossy just yet. Instead, maybe it’s time to redefine what we mean by the label, and build a new definition that signifies leadership, assertiveness, and confidence, and start raising the next generation of ‘dreadfully bossy’ women.

Ready for a job that lets you be your true self? We’ve thousands of positions available in industries such as accountancy, human resources, marketing and digital, IT, and many more. Alternatively, you can search all our positions here, register with us, or give us a call on 0121 631 1751.