“Have a vision. Be demanding.” – Colin Powell

As we celebrate another Black History Month, we can’t help but reflect upon some discouraging figures; within Britain’s 100 largest companies represented by the FTSE-100 index, there are no black chairmen, chief financial officers, or chief executive officers. This sends the very clear message that the corporate world is fraught with roadblocks to people of colour and other minorities, and that more needs to be done to boost diversity and inclusion within hiring processes at all levels. The reasons for such strategic changes extend far beyond fairness; hiring people with a healthy variety of backgrounds and cultures has a proven range of long-term benefits, from happier employees, to higher levels of revenue and productivity. Nevertheless, while so much work still needs to be done, this shouldn’t stop us from saluting the incredible accomplishments of black business leaders all over the world, whose work is all too often side-lined and overlooked. To that end, we’ve compiled short biographies of five incredible people whose work has had a far-reaching impact, often resulting in real and long-lasting social change. 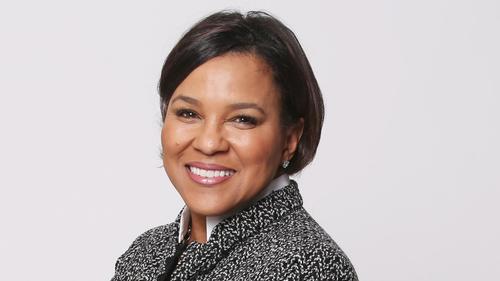 Rosalind’s career perfectly encapsulates the power of tenacity in succeeding against the odds. The daughter of assembly line workers, she was the first in her family to attend university, and began her career as a chemist at Kimberly-Clark. Continuing on her mission to smash through both the glass and black ceilings, Rosalind went on to become COO of Starbucks from 2017 to 2021, where she implemented comprehensive policy changes and racial bias training for employees in over 8,000 stores. Rosalind has famously been quoted as stating that she wants to help women “get closer to the money”, reflective of her belief that the more closely acquainted women are with a company’s finances, they more influence they’ll have over corporate decision making. Earlier this year, Walgreens Boots Alliance appointed Rosalind as its CEO, which makes her the only black woman currently at the helm of a Fortune 500 firm, and only the third black woman in history to achieve such a feat. An unapologetic trailblazer from the very beginning, Rosalind has been unafraid to call out the lack of diversity in American corporate life, and do whatever is within her power to change it for the next generation. 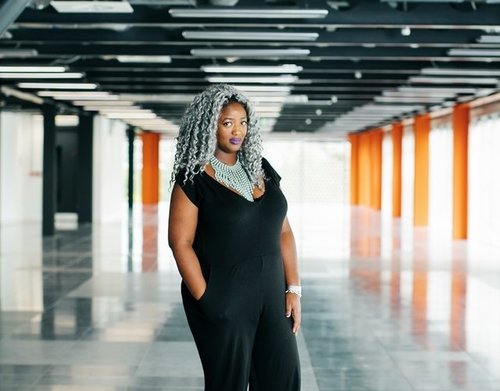 A former child prodigy, Dr Anne-Marie passed two GCSEs in primary school, and gained an A-level in computing at the age of only 11! Not losing any momentum, she went on to achieve her master’s degree in mathematics and computer science from the University of Oxford when she was just 20 years old. She currently serves as a board member for the Department for Digital, Culture, Media and Sports Digital Skills Partnership, and is also an honorary and visiting professor at other institutions around the country. Perhaps most impressively of all, Dr Anne-Marie is the co-founder of Stemettes, a playfully-titled social enterprise whose aim is to promote and inspire young women in STEM industries. So far, it’s estimated that the organisation has exposed over 45,000 young women across Europe to the opportunities of STEM, paving the way for a brand-new generation of female scientists, engineers, and mathematicians. In 2017, Dr Anne-Marie was awarded a well-deserved MBE for “services to young women within STEM careers”, and in 2020 was named ‘Most Influential Woman’ in the UK tech industry by Computer Weekly Magazine. Pretty impressive, we think you’ll agree.

Our favourite quote: “I realised my experience of maths and technology hadn’t just been strange because it had been so early. It was strange because I’d been a girl. I set about trying to change that.” 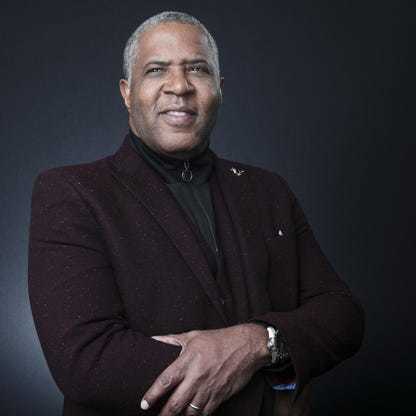 Born to working-class parents in Denver, Colorado, Robert grew up watching his parents donate their limited resources to charity on a regular basis. Later, he would explain that witnessing such altruism at an early age helped instil in him the importance of giving back to the community, and that everyone had their role to play in creating a better world. Robert went on to achieve a degree in chemical engineering from Cornell University, and began working in applied research and development. In somewhat of a startling career shift, he then decided to attend Columbia Business School, where he graduated with honours, soon landing a job within investment banking for Goldman Sachs. In 2000, Robert launched Vista Equity Partners, a global investment firm with the aim of empowering technology companies within the enterprise software market. Today, this company is worth billions. Despite his undeniable success, Robert never forgot his commitment to philanthropy – during his 2019 commencement address at historically black institution Morehouse College, Smith stunned the graduating class by announcing he would pay off every single person’s student debt, a $34 million gift which helped 400 graduates. Additionally, Robert is a major donor to the National Museum of African American History and Culture, and the Chairman of Robert F. Kennedy Human Rights, a social justice organisation that works hard to create lasting change in governments, corporations, and communities.

Our favourite quote: “Use your skills, your knowledge, your instincts to serve – to go change the world in the way that only you can.” 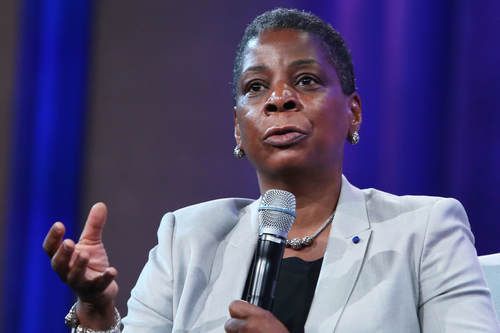 The second of three children raised by a single mother, Ursula Burns was raised in a poverty-stricken housing project on Manhattan’s Lower East Side. Despite the hardships that beset her at an early age, Ursula excelled at maths, gaining a bachelor’s degree in mechanical engineering from the Polytechnic Institute of New York in 1980. Later that same year, she began a master’s degree in mechanical engineering at Columbia University, taking a job at Xerox as a summer intern to help pay for some of her education expenses. Having completed her postgraduate studies in 1981, Ursula joined the company as a full-time employee working in product development, progressing at break-neck speed through the ranks: she undertook various roles in management, becoming senior vice-president of corporate strategic services in 2000, and was eventually named president of the entire company in 2007, and CEO in 2010. Ursula’s achievements don’t begin and end at Xerox, however; in 2008 President Barack Obama selected her to lead the STEM Education Coalition, a national alliance of technical organisations striving to improve student participation in science, maths, and technology subjects. She also served as vice chair and chair of the President's Export Council, as well as a trustee of various organisations such as the Ford Foundation and the Mayo Clinic. Having been consistently named one of the most influential women in the world, in 2020, Ursula stepped down from most of her positions for a well-earned rest, publishing her memoir Where You Are Is Not Who You Are.

Our favourite quote: “Impatience is a virtue.” 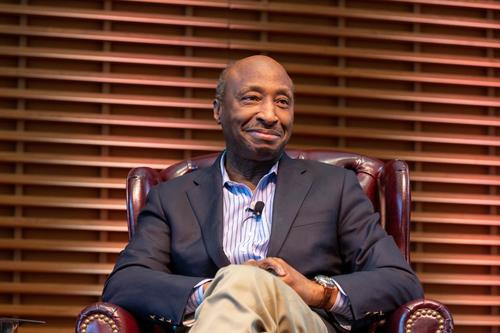 Kenneth C. Frazier was born in Philadelphia in 1954 to a janitor and stay-at-home mother. The second of three children, Kenneth grew up in a deeply impoverished neighbourhood, though his parents always reinforced the value of education and hard work. When Kenneth was just 12 years old, his mother passed away, but he didn’t let this setback throw him off course; after completing a bachelor’s degree at Pennsylvania State University, Kenneth enrolled at Harvard Law School, receiving his degree in 1978. Over the next 14 years, he worked as a lawyer, eventually becoming partner at a top Philadelphia law firm. During this time, he drew great admiration for the pro bono work he contributed to freeing an innocent man who had spent 21 years on Death Row. Eventually, Kenneth began working in various positions at pharmaceutical company Merk & Co, serving as general counsel, secretary, and vice president. Under his sterling leadership, Merck delivered lifesaving vaccines and medicines, as well as drastically increased investment in research and development, potentially saving many thousands of lives around the world. In addition to these impressive accomplishments, Kenneth is co-founder and co-chair of OneTen, a coalition of organisations committed to hiring, promoting, and upskilling Black Americans into family-sustaining jobs. As a strong and vocal advocate for social justice and economic inclusion, Kenneth is the recipient of many awards and honours, including the Anti-Defamation League Courage Against Hate Award, the National Minority Quality Forum’s Lifetime Achievement Award, and was even named one of TIME Magazine’s 100 Most Influential People.

Our favourite quote: “My father was born in the year 1900 in South Carolina, and he grew up at a time where being an African-American child in the American South was to be deprived of access to anything close to a reasonable education. He only had three years of formal education, but he was self-taught. He read two newspapers a day.”

We don’t believe anyone should face limits on what they can achieve. We’ve thousands of positions available in industries such as accountancy, human resources, marketing and digital, IT, and many more. Alternatively, you can search all our positions here, or register with us.